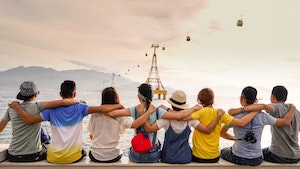 In order to midwife the emergence of justice in our world, we must be willing to risk being changed ourselves. We must recognize harmful attitudes and behaviors in ourselves, and in the systems and structures of our communities, and let them go in order to create conditions for the flourishing of justice, equity, compassion, and connection. Last week I shared how some of this is taking place in the context of Unitarian Universalism. This week, Derek Hoshiko and Marnie Jackson, Whidbey Island residents whose approaches I’ve been fortunate to witness and learn from in recent months as part of the Steering Committee for Solidarity Over Supremacy Whidbey (SOS Whidbey), will share their experiences with us.

Derek Hoshiko is a climate and justice organizer (forthepeople.earth/derek/) who sees organizing as spiritual work through which people create the world they live in. He brings to his organizing a deep commitment to countering patriarchy and other oppressions both within himself and in his work for justice. Derek currently works as an organizer with United Student Leaders and with Solidarity Over Supremacy Whidbey.

Marnie Jackson has been a member of the Whidbey Institute team since 2013. As Co-Executive Director, she helps to nurture and shape the evolution of self-organization of the Whidbey Institute. She is a South Whidbey School District board member and volunteers with the Northwest Animal Rights Network, Solidarity Over Supremacy, and other social and environmental justice organizations.