The Unitarian Universalist Congregation of Whidbey Island (UUCWI) began with 33 people who shared the dream of making a home for liberal religion on Whidbey Island. The first Sunday Service was held on March 14, 1993, in the Clinton Progressive Hall. Our sponsor/mentor was the Edmonds Unitarian Universalist Church. By late 1995, the congregation was well established with an expanding number of congregants and an active children’s religious education program. Weekly services began in 1996.

A variety of speakers has served the congregation. In 2000-2001, Rev. Tim Jensen served us once per month. Rev. Elizabeth “Kit” Ketcham served from 2003 until 2012 and was designated “Minister Emerita” upon her retirement. Our next minister, Rev. Dennis Reynolds served half time from 2012 to 2018 and was likewise designated “Minister Emerita” upon retirement. Our current minister, The Reverend Emily Melcher, started in September 2018 and serves half-time. 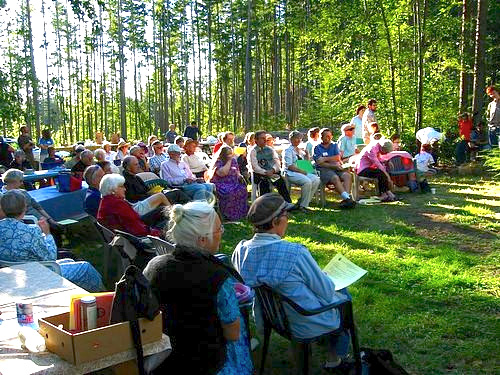 During the early years, the congregation met in various locations, including many years in rented space at Trinity Lutheran Church in Freeland and outdoor services on our land before we built. Construction of our own church began in October 2007, and the first Sunday service in our own meeting hall in Freeland was held on September 14, 2008. 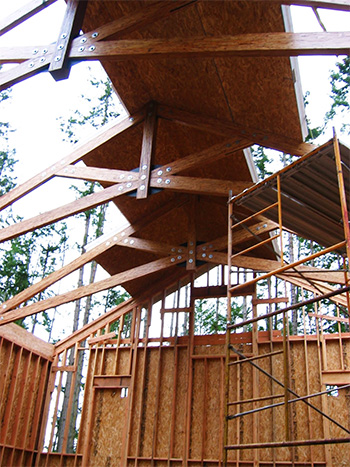 Built with labor and help from many members and friends, the UUCWI facility welcomes regular Quaker and Jewish gatherings, social action groups, concerts, lectures, and many other community activities.

A detailed account of our early history may be found in History of the Unitarian Universalist Congregation of Whidbey Island, compiled by Malcolm Ferrier in December 2008, available in our UUCWI Library collection.

For a general history of Unitarian Universalism, please see
our About UU and FAQ web pages.